I am following with interest the story about the conviction of Rev. Frank Shaefer for officiating at the wedding for his son.   A Methodist court found him guilty of showing "disobedience to the order and discipline of the United Methodist Church." The church court will pronounce its punishment later today.  It could be a defrocking.  Or it could be a reprimand. 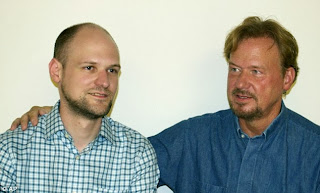 He officiated at the wedding six years ago and just a month before the statute of limitations would have expired, a church member filed a complaint.   The reverend did not advertise that he was officiating at this event but he didn't keep it secret either.

I find this all quite interesting as I plan to officiate at my daughter's wedding in New York a week from Friday.    Because of polity differences, the United Methodist Church as a whole has not progressed as far as other mainline churches including my own, the Presbyterian Church (USA).    We have been able to remove the hurtful language.   Officiating at holy unions are not against our church rules.  I have been doing holy unions for same-gender couples for years.  I advertise it on our church's website.

For Presbyterians, officiating at legal weddings, that is signing marriage licenses, is a bit of a different story. Rev. Jane Spahr, who I have written about and interviewed, was found guilty of violating her ordination vows for marrying gay couples in California.   She was supposed to be rebuked but her presbytery refused to rebuke her.

Many PCUSA ministers have been officiating at same-gender weddings but few charges are ever filed even when they are public.   Three hundred of us clergy types have signed a statement that we will do it  or have done it and we will face the consequences should any arise.   This is that statement:


As a teaching elder in the PCUSA, I have married or am willing to publicly marry same gender couples in my pastoral role, in obedience to my ordination vow to “show the love and justice of Jesus Christ.” Respecting the conscience of fellow Presbyterians, I accept the consequences of this declaration, including the provisions of discipline in our Book of Order.

We Presbyterians will hopefully end this church court nonsense next summer at the General Assembly when we pass an Authoritative Interpretation that will allow for clergy in their pastoral roles to officiate at same-gender weddings.    Shoot, we may even change the definition of marriage and maybe even the texts of the Bible itself.  God really did create Adam and Steve (and Mike and Tony and Katy and Amber).   So there.

I do feel for the Methodists though.   It is because of polity.  Methodists allow delegates from other continents (like Africa) to vote on their issues so they have a heck of a time moving ahead.   The good news is that high profile people in the Methodist church such as Bishop Talbert, are officiating at same-gender weddings anyway and inviting the rest of the clergy to "just do it."

That is what it takes in times like these.

UPDATE:  Rev. Schaefer received a 30 day suspension but is now even more emboldened to be an advocate for LGBT people.  Here is the story.